While I was in Arusha, Tanzania last month I had the privilege of visiting the Cradle of Love Baby Home. This is the only orphanage in Arusha which takes in babies, they currently care for around fifty babies and toddlers from newborn up to three years old. The babies are there for a number of reasons, sometimes the mother may have died, or the babies may have been found abandoned, or the families just can not care for them. Some orphans are up for adoption, some will be returned to their families, and others will be transferred to a nearby orphanage which cares for children up to 18 years, the SOS Childrens Village.


Twins Princess and Priketts arrived at the Home as newborns, after their mother died soon after their birth. They were less than two weeks old when I met them, and so tiny. I’m not sure if this is Princess or Priketts, but she is the smaller of the two.  I was told the twins are to be returned to their family when they are a bit older. 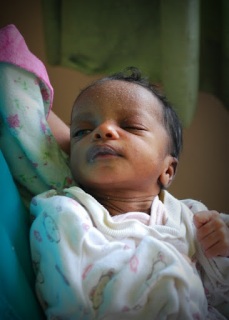 Nappies, nappies, nappies! The home needs donations of even more cloth nappies, if I had known I would have taken some with me. Instead I took another much needed essential, baby formula.

Inside the baby nursery, the room which houses newborns to six month olds: 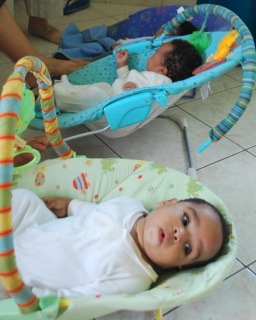 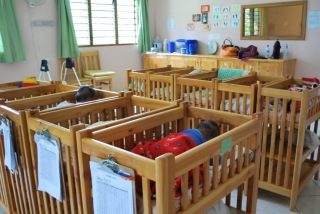 And this is little two month old Francis, who was tragically abandoned by his mother at birth and is for adoption. He fell asleep in my arms while I was feeding him, and I fell a bit in love.